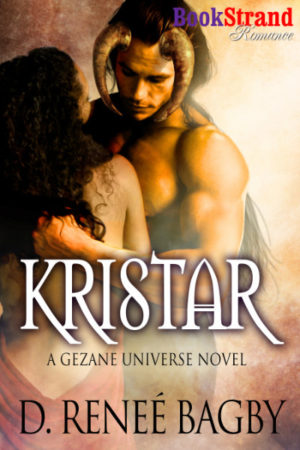 Melchior said, “We have never met. What concern is it of yours if I acknowledged the bond or not?”

“She wanted me,” Chigaru said with a slow nod. He met Kitty’s gaze. “Silny needed Kitty to regain her past. Kitty resided in an alternate version of Gezane, a place Silny could not reach. As Kitty’s true mate, the path was open to me.”

Silny said, “Hell Hound Chigaru would have never left Queen Serenity’s side so long as the possibility remained she would one day turn to him. The red cord of love binds them. Even now I see it between them.”

Serenity gasped at the same time Kitty sucked her teeth and looked away from Chigaru.

“However, the silver cord of true mates is wrapped in a red cord of love as well. Between Queen Serenity and King Melchior the cord is thick and the red surrounding it as bright as the red between Queen Serenity and Hell Hound Chigaru. Between Hell Hound Chigaru and Kitty, the silver cord is present and thick between them—made so because of their binding—but the red cord of love is faint.”

Kitty snorted. “Why am I not surprised?”

“Your denial is the reason it is faint, Kitty.”

“Me?” Kitty yelled jabbing her finger into her chest. “Why the hell is this my fault? He denied me. He was going to leave me so he could return to her.”

Chigaru reached for her but she smacked his hand away. “Kitty, I told you the reasons why I did not want to bring you here.”

“Yeah but I didn’t know you were talking about me at the time. And those were excuses, not reasons. The first day we met, you knew I was your soul mate. You fucking knew and you were going to leave without saying a word. If you hadn’t lost that stupid scroll, you would have returned home so you could continue mooning over another man’s wife.”

Chigaru closed his mouth because he couldn’t speak the words she wanted to hear. Kitty wasn’t wrong. Without giving her a chance or trying to know her, he had determined to leave her.

“Ha! I knew it.” Kitty pushed to her feet and faced Silny. “Can you send me home?”

“Kitty!” Chigaru jumped to his feet and grabbed her arm. She tried to pull away from him, but he held her.

She stopped fighting him but didn’t look at him. To Silny she asked, “Can you?”

Silny spared Chigaru a glance before she said, “The magic that retrieved you could send you back.”

“Good. Let’s get this party started.”

At the same time, Chigaru yelled, “No.”

Silny said, “I said the magic could send you back. It could if you hadn’t performed the bonding.”

“What?” Kitty and Chigaru asked in unison.

“You are bound to him, Kitty. Your souls are mingled. No magic will part you now. There is no magic stronger than the silver cord between true mates. Mates not yet bound can surmount most magic, as King Melchior found out.”

Chigaru relaxed though he didn’t release Kitty. She wouldn’t be able to leave him. That gave him time to make up for his shortsightedness upon their first meeting.