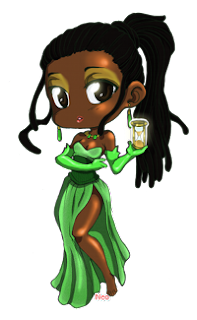 Eris is the main character of ERIS (Eternal Truths, Book 1). But then, that’s obvious from the name of the book.

How did I choose her name?

Several things contributed to me picking that name:

#1 – Sinbad: Legend of the Seven Seas, an animated film from Dreamworks Animation back in 2003. Cute film. I recommend it if you want a good laugh with an interesting plot. I’m a Michelle Pfeiffer fan, and I loved her portrayal of Eris, Greek goddess of Chaos. I fell in love with the name then and there.

#2 – CHAOS. The meaning of her name says it all and describes a lot of what happens in the book. While I probably should have named the heroine for the Chaos Eternal Truth book Eris, I liked it better for this heroine. Plus, that would have been redundant in the Chaos book… and a little confusing and a lot cliche.

#3 – Originally, Eris was supposed to be a little more accident prone and/or the cause of accidents in others. I was supposed to have weird things always happening around her or to her. That got axed with the first draft of the story. I showed a few instances of it in the current incarnation of the story, but ultimately took out a lot of the overt stuff.