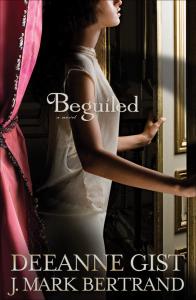 In the shadows of Charleston, someone is watching her

Rylee Monroe, a dogwalker in Charleston’s wealthiest neighborhood, never feared the streets at night. But now a thief is terrorizing the area and worse, someone seems to be targeting her.

Reporter Logan Woods is covering the break-ins with the hope of publishing them as a true-crime book. The more he digs, the more he realizes this beguiling dogwalker seems to be at the center of everything.

As danger draws ever closer, Logan must choose: Chase the girl, the story, or plunge into the shadows after the villain who threatens everything?

Mrs. Davidson stood at the threshold of the front door in a flowing silk caftan. “Maybe you shouldn’t go out there alone, not with these robberies going on. A young woman, all by herself–” She shivered. “I hate to think about what could happen.”
Rylee answered with a broad smile, ruffling the fur at Toro’s neck. “I’ll be all right. Toro here will watch out for me.”
Waving, Rylee skated into the night. The woman’s concern was touching, but even at night, Rylee knew the city, knew its hidden gardens, its alleyways and shortcuts.
Ducking under a low-hanging branch, she cut down a cobbled path, the mastiff surging forward. Now that she knew it had only been Logan and his photographer lurking in the shadows last night, her fears had mostly disappeared.
Then Toro stopped, bringing her up short.
A silhouette of a man at the other end of the alley ducked into the shadows. A streetlamp flickered, the swaying tree canopy baffling its light.
Her heart lurched. Part of her wanted to turn and run, but she had Toro by her side. And she wouldn’t let her fears drive her off the streets she loved. Still, she shook the leash to get Toro moving and made for the golden streetlamps of Meeting Street, away from the secluded gardens tucked into the side alley.
More shuffling over her shoulder. A footstep sliding over the cobbles. She imagined the shadow gaining on her, ghostly hands reaching out.
The thought seemed crazy. But this wasn’t her imagination. She’d seen the silhouette. She’d heard the movement, in spite of his effort to go unnoticed.
She and Toro reached Meeting Street and headed toward Broad, where even at this hour they were bound to encounter a stray tourist, some late-night partygoers, or even a couple out walking the dog.
She glanced behind, and there he was. Just the crescent of a head eclipsing the light of a streetlamp, too far away to make out any features. It could be anyone.
Then he was gone.

BIOS:
Deeanne Gist–known to her family, friends, and fans as Dee–has rocketed up the bestseller lists and captured readers everywhere with her very original, very fun historical & contemporary romances. Add to this three RITA nominations, two consecutive Christy Awards, rave reviews, and a growing loyal fan base, and you’ve got one recipe for success. She has a very active online community on her website at IWantHerBook.com and at Facebook.com/DeesCircle.

J. Mark Bertrand has an MFA in Creative Writing from the University of Houston. After one hurricane too many, he left Houston and relocated with his wife Laurie to the plains of South Dakota. For more information, visit www.jmarkbertrand.com