Yes, yes. I know it’s not Thursday. I am, yet again, behind on finding out about stuff. But I still want to participate. 😀 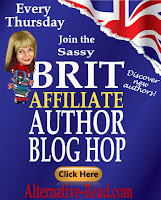 Thursday Author Blog Hop Question 17 March 2011:
What are the most important attributes to remaining sane as a writer?

I have yet to meet a sane writer, so that’s a silly question. As E.L. Doctorow said, “Writing is a socially acceptable form of schizophrenia.” I wholeheartedly believe that sentiment.

That’s not to say writers don’t have their own form of sanity that is widely accepted amongst our peers. Most everyone else (the mundanes) think we’re crazy no matter what.

So, keeping the writers’ version of sanity requires a few things:

*** Ability to step away from your work and look at it objectively.

Do you really need that chapter where the hero and heroine go out for ice cream? Those five paragraphs describing the living room could probably be pared down to one.

Being able to look at your work with the eyes of an outsider will make life that much easier when it comes to editing.

Okay, I have met some people who do have editors that are out to get them. Not all editors are like that. They want your book to succeed as much as you do. When they suggest a word change or sentence restructure or a chapter drop, they are doing it for the betterment of your book.

I’ve known many authors who drive themselves up a wall and back again over a single word in a 60K+ novel. Is it really worth that amount of stress? Use the word the editor suggested or go to an online thesaurus and choose a whole new word that means the same.

Your book should explain itself. If a reader didn’t get it, then they didn’t get it. You as the author cannot be around to explain the same hang up to every single reader around the world.

I had a reviewer call the time travel section of my book a giant flashback. I banged my head against my desk, cursed until I was cross-eyed and then moved on with life. It’s not worth the stress. While that one reviewer didn’t get it, my other readers did.

Look at Star Trek (no seriously, go watch it. JJ Abrams did a fantastic job). Three different characters stated in three different ways that the movie had officially introduced an alternate reality timeline where the futures that would have been are no longer valid. They couldn’t have said it any plainer. People still didn’t get it. It happens. You move on.

Learn to laugh at the absurdity around you. It blows off steam and helps you feel better. If it doesn’t, then do what I do and go kill off a character of two… or three. Nothing like a dead body to make the stress go away. The more horrific the kill, the better you feel. 😛