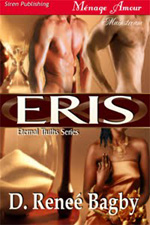 Mainstream Romance, according to the RWA (Romance Writers of America), is “the main plot centering around two individuals falling in love and struggling to make the relationship work.”

Add to that the lack of explicit language when describing the sex scenes and you have what I like to call a “Mainstream Menage Romance.”